Autodesk Inventor – All About 3D Fillets

Autodesk Inventor – All About 3D Fillets 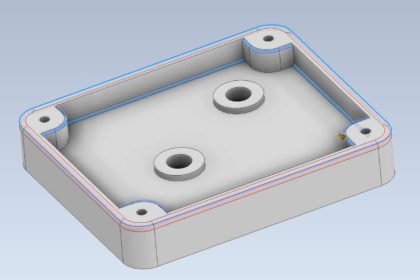 If you spend quite a bit of time modeling in Inventor, chances are you’ve made good use of fillets. This pick-and-place tool is an invaluable time saver for creating the much-needed fillet features on your model. However, the 3D Fillet tool includes a lot of additional settings and controls that most of us rarely use, which can prove significantly useful when creating something a little more complex than generic fillet. 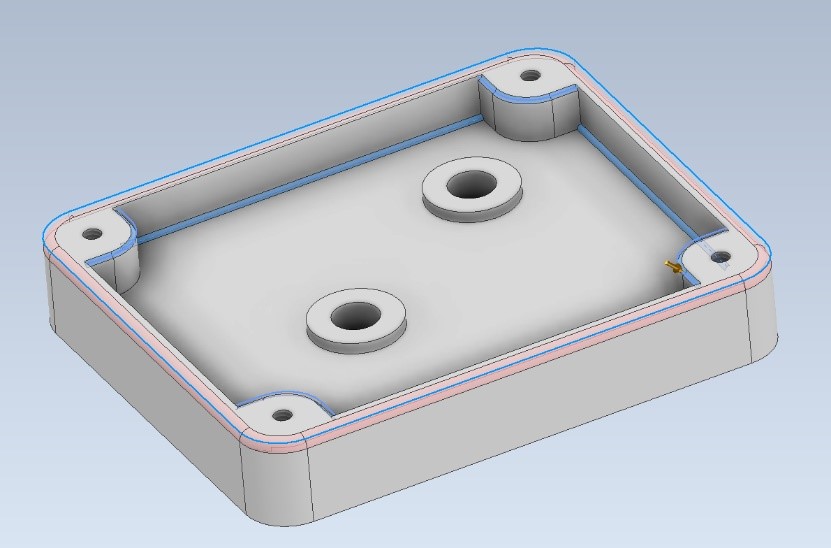 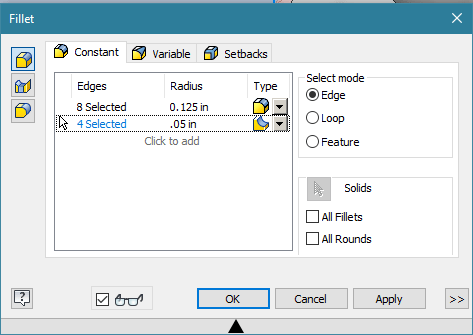 Unlike its 2D counterpart found in the sketch tools, the 3D fillet comes with a complicated interface with several features. Many users even completely bypass this interface, as it appears collapsed by default, and end up using it like the 2D fillet by simply entering the feature radius and clicking away at edges, in turn bypassing many of these neat features.

Let’s start with discussing the way Inventor forms the 3D fillet feature. The interface allows you to make multiple selections of edges, as well as groups of edges to be filleted. These groups do not have to have the same fillet radius, which means you can complete all the fillet features of your model as a single feature instead of dozens. Each group allows you to select the type of fillet that will be applied. The options are tangent, or the default fillet; smooth (G2), or the continuous curvature fillet; and inverted, or a concave fillet. Note that by default a fillet will conform to the type of edge you select, whether convex or concave. The inverted fillet reverses this, allowing you to place concave fillets on convex edges.

The different selection modes allow you to quickly select groups of edges for filleting. If you need to fillet a loop that contains breaks or edges, consider using the Loop Select mode. You can use the “Select Other” popup to differentiate which loop gets selected. If you need to fillet all the edges created by a particular feature, use the Feature Select mode. Finally, if every edge on your model needs to be filleted, check the “All Fillets” box to fillet all convex edges, and “All Rounds” for all concave edges.

Additionally, Inventor offers the capability of creating variable radius fillets. This option allows the selection of multiple fillet groups, similar to the constant radius option. The difference is that within each group, you are able to specify a radius value at any point between the start and the end of the chain or loop, and Inventor will do its best to blend them together. This option functions similar to the loft command, where each radius point is treated like a profile. By default, the transitions between radii are smooth, but you can uncheck that option if you don’t need it.

The third tab allows the user to control setbacks, or points where more than two edges come together. By default, Inventor will blend the fillets at the point of conversion, causing an uneven surface at the corner. This option allows you to adjust the setback distance for each edge fillet, creating a smooth blend at the point of conversion. You could even choose different setback distances for each fillet.

This covers the features associated with edge fillets. But what about when there aren’t any edges? In this case you would use the face fillet, an alternate method of creating fillets when no suitable edges exist. Select the face fillet option from the buttons on the left and select any two face groups that you wish to join with a fillet. Not only is an edge between them unnecessary, but the faces don’t even have to intersect! As long as they do not lie in the same plane, Inventor will do its best to create a fillet between them.

Finally, we come to the Full Round fillet. Consider the scenario where you have two faces separated by a third smaller face, essentially acting as an edge. If you need to round that center face in such a way that the two side faces are joined by the round, it can be challenging to do so with a pair of edge fillets. Sometimes that method does not work, and some users resort to creating the rounded surface using a loft, which is a significant amount of extra work. The Full Round fillet mode allows you to do just that, all you need to do is specify the side faces and the center face and Inventor will compute the proper fillet radius to unite these faces. This is one of those features that I wish I knew existed long ago.

Now that you know the different tools for creating fillets, this should certainly make your modeling process smoother, as well as save you time in the process. It can certainly be frustrating not being able to create a feature when a tool designed to do just that is hidden behind some menus. 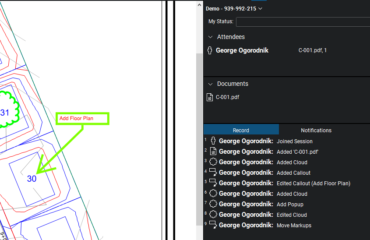 Technical Training – What is Available and Which Options Work Best