BricsCAD – What Is It Really?

BricsCAD – What Is It Really? 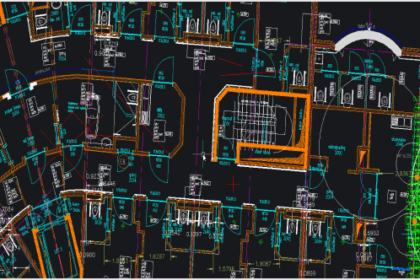 When it comes to the CAD world, “BricsCAD” may not be the first name that comes to your mind. Heck, you may never even have heard of BricsCAD before, but it’s a system you really should be aware of because it’s not just a different CAD system on the market, it’s actually better, faster, and more affordable than what you’re using today. In the modern design world, when we’re all forced to do more work, with fewer people and tighter budgets – better, faster, and cheaper is something none of us can afford to ignore!

What makes it better?

BricsCAD is a modern CAD system, integrating AI and advanced tools for both drafting and modeling in both 2D & 3D spaces. Even the base 2D BricsCAD system has tools and features that are seriously lacking in the CAD tool that many of you are using today. Simple tools like Blockify, to define thousands of blocks at once, or the BricsCAD Quad Tool, which removes the need to ever go to a tool ribbon or drop down, can save hundreds of hours of work on every job. BricsCAD has continued to advance standard CAD drafting tools when their competitors have not and that makes them infinitely better. Check out these videos on some standard CAD drafting tools in BricsCAD.

I’m not trying to sell you anything in this post, but I do want to point out that better tools for features you use a hundred times a day will really have an impact on your output. I’ve used the dominant 2D system in the CAD world for decades and I just think BricsCAD has an array of tools that system doesn’t and that’s important to those of us in the design world. I also want to point out here, just for kicks, that BricsCAD works in the exact same DWG format as the system you’re probably using today so there’s no need for file updates or conversions. You can use the same DWG in both systems, no problem.

What Makes it Faster?

BricsCAD file size is much smaller than those of its competitors. Bricsys, the folks who make BricsCAD, have put a lot of effort into keeping file sizes tight and eliminating a lot of unnecessary code and back-end waste in a DWG file. As an example, here’s a screenshot of the exact same file in BricsCAD and AutoCAD:

There’s a nearly 10% size difference on the files and they’re both very small. The larger the file, the bigger the file size difference becomes. File size isn’t the only thing that matters here though. BricsCAD uses true multithreading in their code to speed up parallel processes, and they also take full advantage of multiprocessor technologies for regular operations like regen/redraw and zoom and not just for rendering. This means even basic features will move much more quickly in BricsCAD than what you’re likely use to.

Is It Really Cheaper?

The first thing to note is that BricsCAD still lets you buy perpetual licenses instead of forcing you to pay annually or lose your license. They do offer annual subscriptions if you want it but most of our clients go the perpetual route, with an inexpensive annual maintenance fee to get current updates. In real terms, this means you can buy the software today and you own it. You can run it for as long as you like and only upgrade when it’s beneficial to you. Over a few years that savings can really add up! Let’s look at the numbers:

If we do the math on this, it’s always 1/3 the cost for BricsCAD subscriptions and if you go perpetual, the savings over five years comes out to:

That’s a 75% savings! Numbers like that are hard to ignore, especially when we’ve already shown the performance and speed benefits of BricsCAD.

At the end of the day, I get folks are reluctant to make changes because they’re afraid of losing their hard-won experience and functionality but in truth the BricsCAD system is virtually identical in all ways to its primary competitors. Most folks can sit in front of a BricsCAD screen, with no training, and draft using the exact same tools, features, and settings they always have.

Again, I’m not trying to sell you anything – I’m a tech guy, not a salesperson, but I think the better/faster/cheaper stance we talked about should peak every CAD person’s interest in BricsCAD

Innovation in 2D CAD – Is There Any?

Scan to BIM – Dream or Reality? 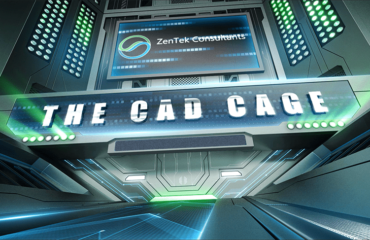 Spacing & Layout in AutoCAD vs. BricsCAD: The CAD Cage