Pressure pipes in AutoCAD Civil 3D appeared back in 2013 in version 2014. Lots of Civil 3D veterans were very excited about this because pressure pipes were a wish list item for many years.

The initial release of pipe networks was very sad due to the limited tools provided for horizontal and vertical layout. The pressure pipes were so awkward to manipulate, many decided to not put them to use and stuck with a workflow using alignments and profiles as pipes. There were many advantages when laying out pipes with horizontal or vertical curves using this method. In recent releases, the pressure pipe tools were overhauled so that they are now alignment and profile dependent which allows us to edit pressure pipe alignments and profiles to influence horizontal and vertical layout. This improvement made a lot of sense and also made many people happy.

However, one of the biggest disappointments in pressure pipe is the stock libraries. Originally, three were provided: AWWA Flanged, AWWA Mechanical, and AWWA PushOn, all based on Ductile Iron. Only a few fitting and appurtenance sizes were there. In later releases, an attempt was made to provide some additional databases: AWWA HDPE, AWWA PVC, and AWWA Steel, but these additions had the same issues.

For many years, most Civil 3D users had repeatedly requested a completed pressure pipe library. Recently, the stock libraries were enhanced to provide more stuff. Using the libraries still does not reflect what we have traditionally provided in plans over the decades. Some of these issues prevent us from using the tool and/or prevent us from spending the time creating our own libraries.

Back in 2013, I developed a pressure pipe library with sizes based on nominal diameter and without modeled joints. I created metadata within the pressure pipe library that was label friendly. It contained a combination of variable branch sizes for tees, crosses, and wyes. It provided for sizes from less than an inch up to 48” initially. It came together rather quickly and worked very well. It was a library that could be duplicated and used for other materials.

Here is a view in the DWG file where I created each part in 3D: 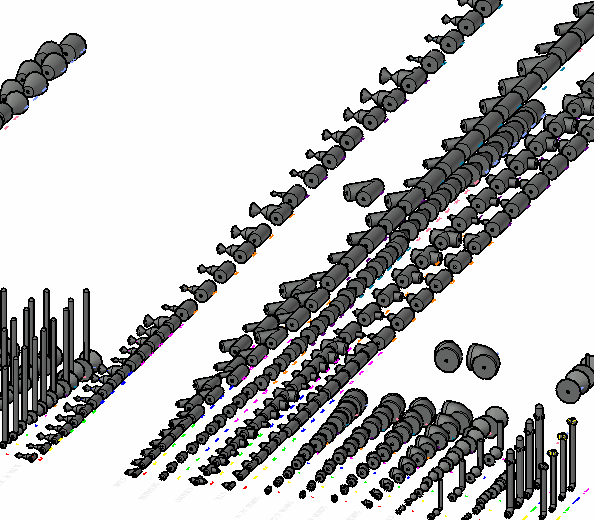 If you are interested in creating a library, here are the guidelines for Step 1.

The good news is you do not have to have 3D model pipes; just fittings and appurtenances (the fun stuff). Pipes are created in the Content Catalog Editor simply by configuring metadata.
Pressure part fittings and appurtenances are not parametric. Unlike with Part Builder, you can’t create a part that will resize by adjusting a dropdown value. You must create each size of bend, tee, cross, or valve individually. Sounds time consuming but since it is a series of repetitive tasks, it goes by quickly, especially with a good audible selection. The libraries I created ended up with hundreds of parts, so it pays to be organized. My first stab at it involved creating all of the 3D parts in one file. Now, I’m creating all sizes of each type of fitting or appurtenance in its own file, i.e. one file for tees and another for crosses. Also, it pays to exercise good organizational skills inside your drawing as well, but do put all of your fittings on layer 0 to keep your 3D modeling layers out of your production drawings. 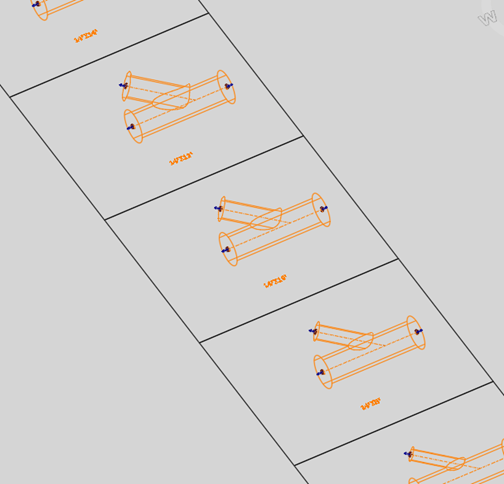 There are basically four 3D commands you will be using:

Also, know that the shape or entity to be extruded, lofted, or swept must be drawn in a plane that it is perpendicular to the branch. The plane can be made current with the UCS command. Below is a guide to using the three planes I use: 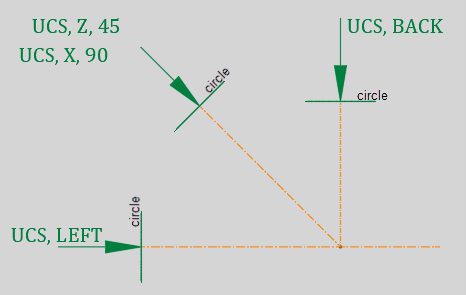 After the 3D shape building and unionizing, and prior to exporting, you must add “connectors” to each branch of the fitting or appurtenance. This will occur where a pipe will connect. The connector needs to be located at the outside end of the branch at the center of its circular shape. Incidentally, just in case you were wondering, a pressure pipe cannot be of any shape other than circular.

To insert the connectors, go to the Insert tab of the ribbon. When going through this process, I usually click on the Connection Point panel and drag it into my drawing area so that it is very close to where I am working. To return the panel to the Insert tab of the ribbon, drag it back to where it was and drop it. It should automatically dock but if it doesn’t drag it around a miniscule amount of distance over the docking area until it does.

This post may inspire you to take a deep dive into creating a custom pressure part library for your company that will be very functional and enable you to create very professional looking plans at the same time. This post will help you get through the first step of creating a custom pressure part library which will give you much flexibility in the long run when additional parts must be added. 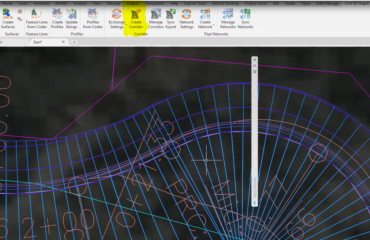 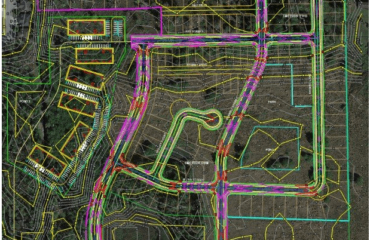 A.I. for Civil 3D – Design a Subdivision in Minutes!