Software Customization is Not the Enemy

Software Customization is Not the Enemy 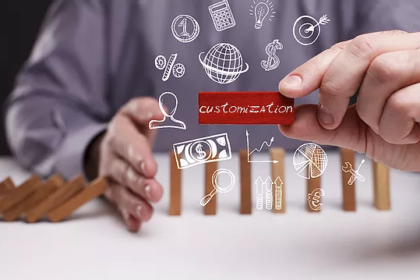 One thing I’ve learned in my decades working for the design/build community is that, when it comes to software, the word “customize” is sure to send every client running for the hills. It really has become a gut level reaction, where the moment they hear me say “customize”, people respond with “Oh, no! We don’t want to customize anything!” That always makes me smile, because they just finished explaining to me that they need the system to do exactly what they want, when they want, the way they want . . . but “No, no, we don’t want it customized!”

The problem, I believe, is that most people still think of customization as having a programmer writing you really expensive code from scratch, to give you a new program you’ll need to pay to update each time you upgrade to the newest release. I get that – once upon a time (10+ years ago) that was the case but in the modern age, almost every software in this industry has its own built-in customization features – no coding required!

Consider Bluebeam Revu, the most popular construction document markup and takeoff tool on the market today. It has built in customization features like building your own tools/symbols, creating workflow and status checking, even building custom property fields for any metadata you need to track. It’s a highly customizable system, with no coding required. Here at ZenTek, we regularly work with clients to customize their Bluebeam system to streamline their workflows and we also train them on how to customize it themselves, if that’s their preference. That type of customization process is available in any modern CAD system, Microsoft product, or just about any other tech software we use in the Architecture/Engineering/Construction world.

Customization is about using the built-in feature of all your systems to simplify the work process for your end users, making their job easier and, consequently, saving you both time and money on every project. The thing to keep in mind is that there’s almost never a need for coding, and while there are some costs involved, it’s usually minimal compared to the time and money you’ll save. In other words: all customization projects will pay for themselves. Let’s do some quick math. Say you ask me to customize your Civil 3D Templates and I tell you it will cost $3,000 (that’s roughly the price on one of our Kickstart customization programs) Now, you may be thinking “Hey, that’s nothing to sneeze at!” But here’s the key: how much money will that investment save you? In other words: what’s the ROI? If my Kickstart program saves each of your users just one (1) hour of work each week and you have ten designers, how quickly does the investment pay for itself and become pure profit forevermore?

Let’s say your design staff gets paid an average of $25/hr.

That means you break even in just 12 weeks and after that, you’re gaining $250/week in profit – forever!