The Little Basic Subassembly that Could

The Little Basic Subassembly that Could 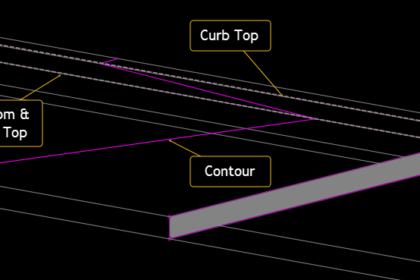 In AutoCAD Civil 3D, we create corridors to give us good roadway surfaces. Through many years of surface and corridor building experience, we have learned some basic principles that would make us shun a subassembly such as the one called BasicCurb.

The BasicCurb subassembly can be found among the many Tool Palettes containing subassemblies on a tab called Basic. 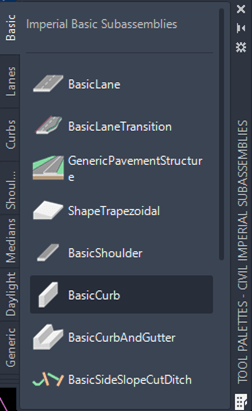 Let’s look at its input parameters: 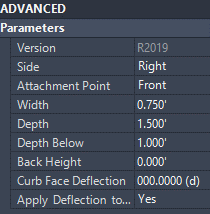 The input parameters translate to this: 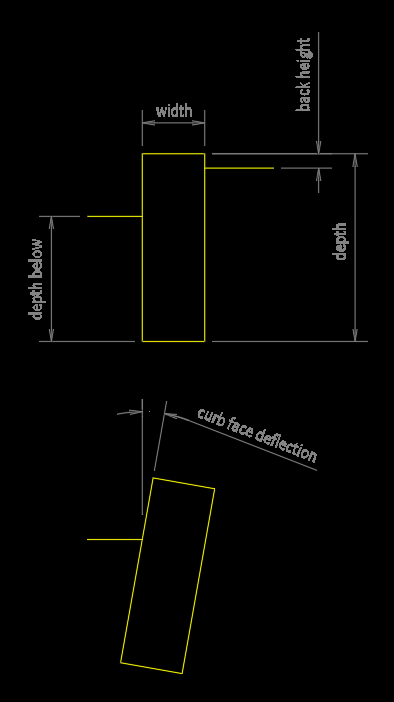 Ok, to the layperson, this looks great!

To the weathered veteran, there is the issue of a vertical face. A vertical face in a surface usually creates one edge directly over the top of another edge which makes contour creation unpredictable.  However, there is the curb face deflection parameter in the subassembly that tilts the curb on its side that would eliminate the vertical face.

The parameters do not allow us to control the top of curb width from the curb width at the pavement level. This can be an issue for some people but not necessarily a deal breaker for using this subassembly.

A quick visit to the BasicCurb Help Page shows us that there are no Top or Datum links for the subassembly. Each link is coded as Curb. So, there doesn’t seem to be a way to delineate which links represent the top of the corridor (links refer to the lines that create the curb shape in section). 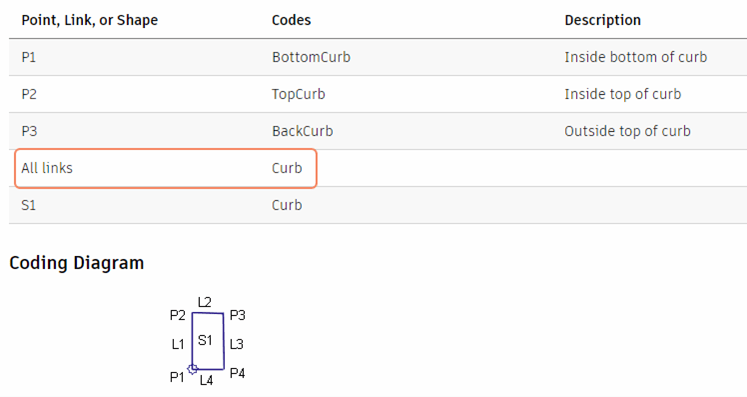 Ok, let’s bite the bullet and use it in a simple corridor.

Here is the assembly created with the BasicLane and the BasicCurb using the default parameter values (no curb face deflection): 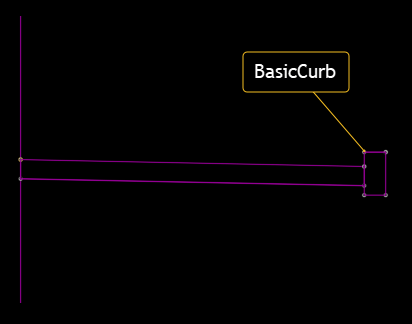 Here is the Create Corridor dialog:

Here is the corridor created in plan view: 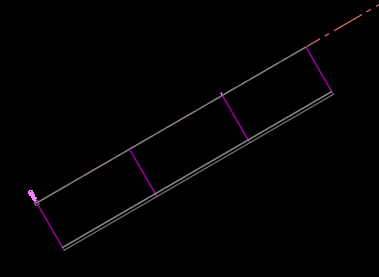 In the Corridor Properties dialog on the Surface tab, we create a corridor surface using the Top links.

Here is the surface showing contours in 3D:

The magenta contour is running across the top of the pavement to the curb flow line, then up the face of the curb to the top up the street. Common sense and decades of surface creation tell us that the contour shouldn’t recognize the face of the curb since the top edge is directly on top of the flow line edge; plus, there are no obvious top links in the subassembly.

And below, BasicCurb is being used in an intersection; the surface was created using the top links as we did in the previous example. Again, the contours are recognizing the curb geometry. 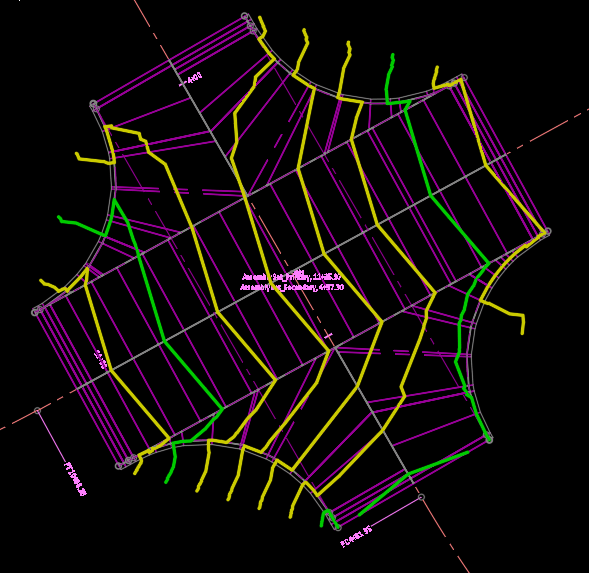 So, there is something mysterious about the BasicCurb that may change many minds when it comes to using it in our roadway designs. Making use of it relieves us from having to wrestle the UrbanCurbGutterGeneral down to an urban curb by forcing its gutter parameters to near zero values. This will save time. And since it creates accurate surfaces, this helps to validate our designs. 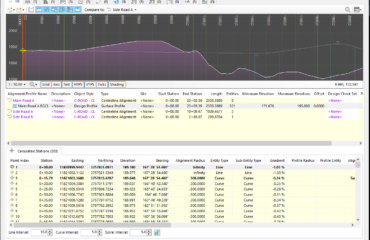 Project Explorer – The AutoCAD Civil 3D Tool We All Need! 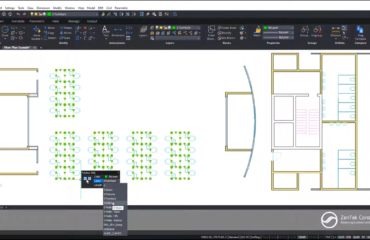 More on Better, Faster and Smarter: CAD Gets a Facelift 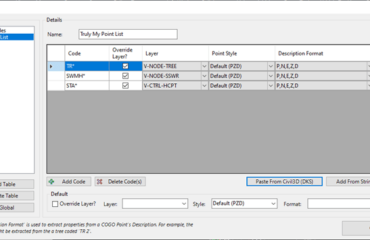